I came across the “Black Magic Probe” (code on GitHub), a while ago, and recently found out (and here) that it should be supported on these Chinese STLink-V2 clones that you can find on eBay and Aliexpress for really cheap ($2-$5).

I had already bought one a few months back, so I ordered another one to use one as a programmer to load the Black Magic Probe code into the second STLink clone.

When the 2nd STLink clone arrived, I did a quick test to ensure it worked as advertised as a STLink, but did not pay attention to the pinout printed on the aluminum sleeve. Turns out the pinout differs from my first STLink clone. 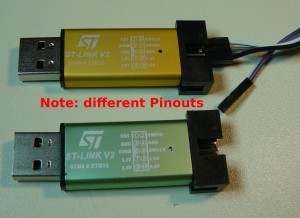 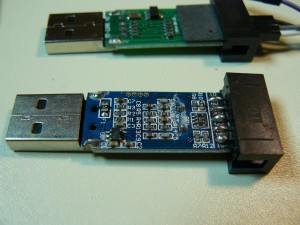 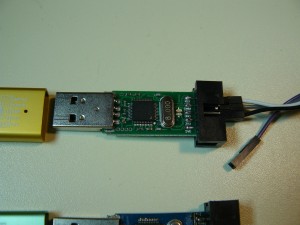 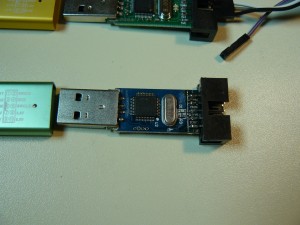 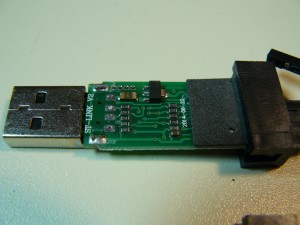 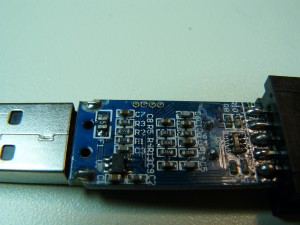 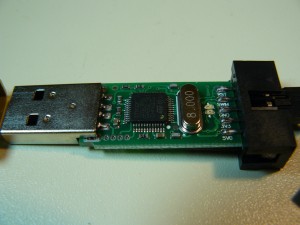 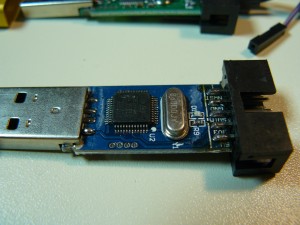 All I got from st-util was this:

Once I swapped the wires, it was able to talk to my target without issues.

First, clone and build the code from GitHub:

No soldering needed…
I used the “male-to-female Dupont 1pin” wires you can find for a few bucks on ebay/aliexpress. The male pins press-fit into my STLink’s programming vias by staggering them a little: 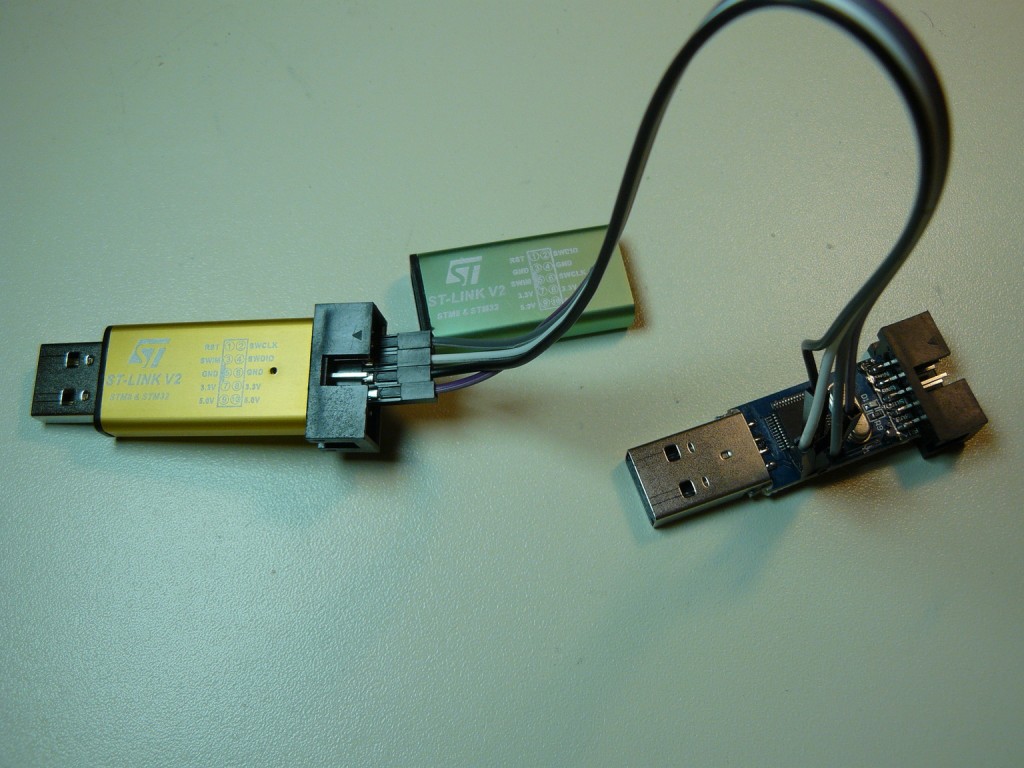 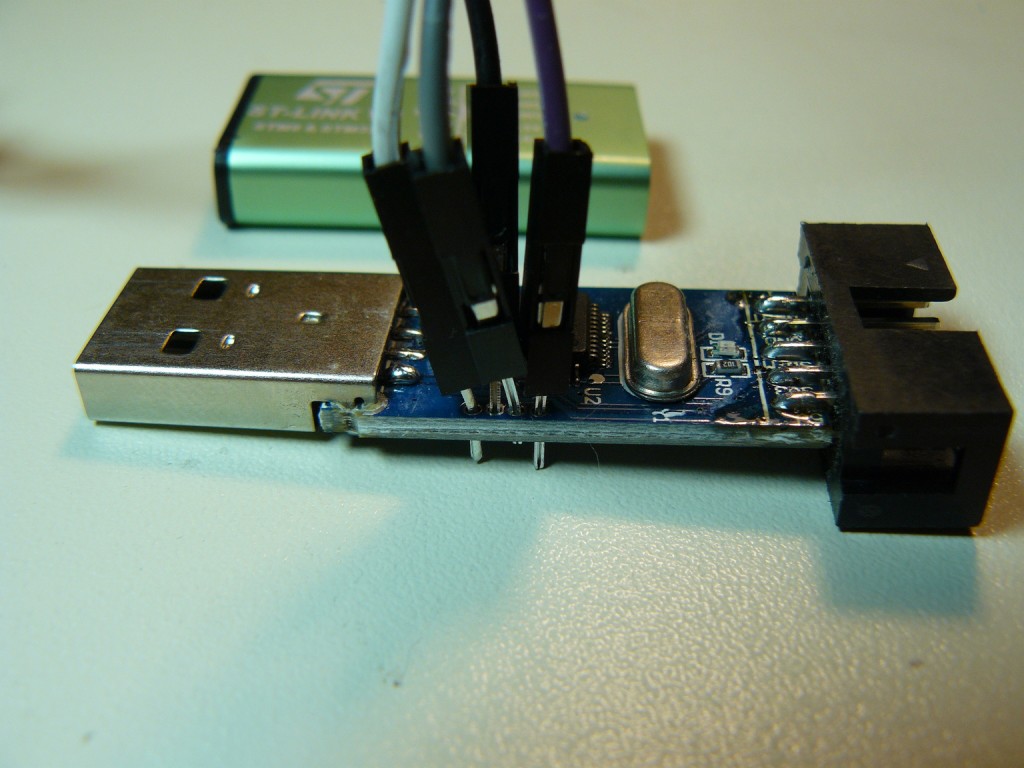 This is the pinout on my BMP-to-be: 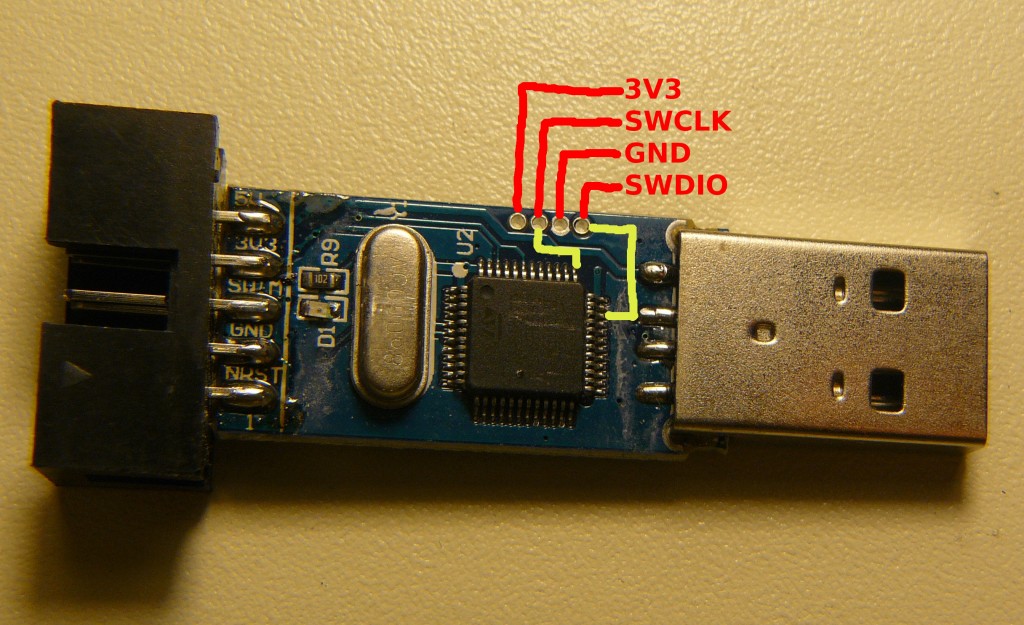 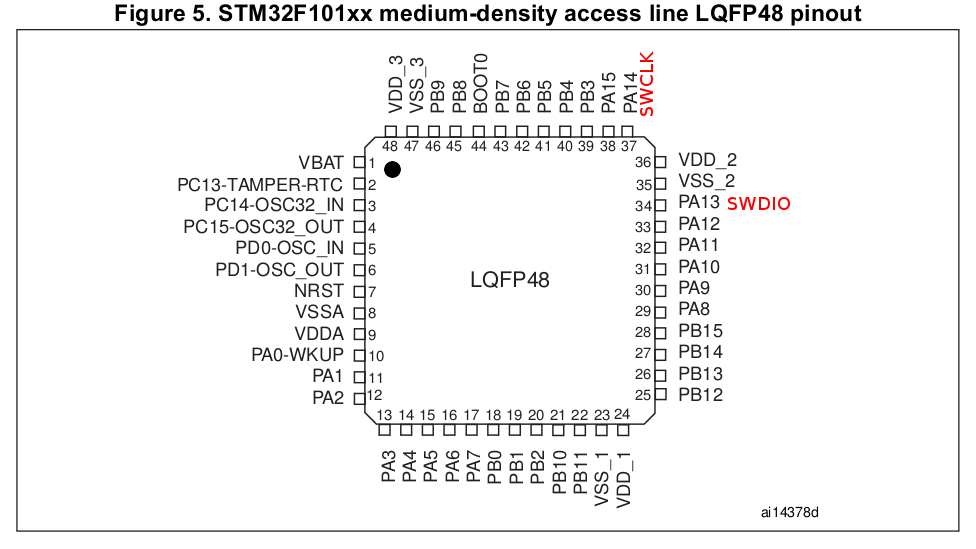 Erase and Flash the BMP-to-be

The erase the locked firmware on the “soon to be a BMP” STLink, then program the BMP bootloader and BMP itself:

I actually unplugged and re-plugged USB to the STLink after each step above.

Remove the programming cables and plug in the STLink we just reflashed to BMP, and ensure the procedure was successful:

Here we see that it now shows up as 1d50:6018 OpenMoko, Inc. and it created two new serial devices /dev/ttyACM0 and /dev/ttyACM1

I’m only using the SWD method (single wire debug), not sure if the STLink clones even have the necessary pins exposed for full JTAG.
Here’s how I wired it:

Since I only install/run the cross toolchain inside an unprivileged Docker container as a regular user, I need to map the device(s) into the container and allow access from the user/container.

Install this udev rule (add your username to the line with “OWNER”):

and run the container with:

I’ll publish my stm32dev Dockerfile in a future post and upload to GitHub and Docker Hub.

After wiring it up, I just followed:

For ease of use, I created a .gdbinit which I just copy to my project root directory, so it gets picked up automatically when I run
arm-none-eabi-gdb somefile.elf: